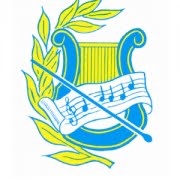 Today marks the 97th Anniversary of the day when Pendyrus was formed on 24th May 1924.

The early 1920’s were overshadowed by poverty and mass unemployment, and nowhere more so than in the South Wales coalfield. One evening two young out-of-work miners, Ben Jones and Emlyn Drew, who lived in Tylorstown, a village in the Rhondda Fach (the smaller of the two world-famous Rhondda valleys), decided to take advantage of their enforced leisure.

Other valleys had choirs, so why not Rhondda Fach? They contacted friends and former work-mates, and, within weeks, enough men had shown interest to make the idea a reality. They approached a local baker, who was an amateur musician with conducting experience, and he accepted their invitation to conduct a new ‘male voice’ choir, which was formally inaugurated on 24th May 1924 in the local Miners’ Federation hut. 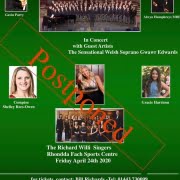 Pendyrus Male Choir are sad to announce the postponement of their Annual Gala Concert which was to be held on 24th April due to the Coronavirus pandemic. Our priority is always for the health and wellbeing of our patrons and choristers. We will re-arrange the concert in the early autumn. Tickets purchased will be honoured for the rearranged concert. Alternatively patrons may have a refund by contacting Bill Richards on 01443 730099 or billjrichards@sky.com. We apologise for any inconvenience but we feel there is no alternative at this time. Thank you for your support which we hope will continue. 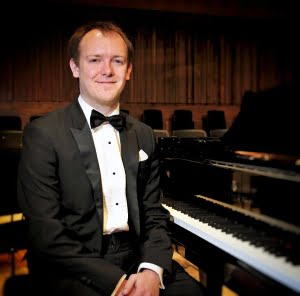 One of Wales’ premiere male voice choirs has claimed the first prize at the Cardigan Semi-National Eisteddfod for the fifth time!

Rhondda-based Pendyrus Male Choir – which was founded way back in 1924 – swept the boards in the heated competition held at Theatr Mwldan.

Pendyrus performed under the baton of Musical Director Stewart Roberts to fight off the opposition from four other award-winning choirs.

“We had significant opposition in the form of four talented choirs who have won at the National Eisteddfod and competitions such as ‘Côr Cymru’,” he explained.

“I’m glad to say that after months of tireless training and with total dedication and commitment, Pendyrus was named the victorious choir for a staggering fifth time!”

Pendyrus gave a performance of Bardos’ energetic ‘Dana Dana’ and a first public performance of a newly-commissioned piece for the choir by Gareth Glyn entitled ‘Ffynhonnau’, Streams.

The choir now travel to Llanrwst in August for the National Eisteddfod when 15 choirs from all over Wales will compete for the Welsh Fusilier’s Cup.

Want to sing with a world renowned Choir ?

Just come along to our open evening on Wednesday 10th October and give it a go !

DON’T WORRY if you missed or were unable to make it on the 10th October, just come along to our rehearsals at Tylorstown Sports Centre on Monday or Wednesday evenings 7:30 – 9:00 pm and you will be more than welcome.

From the Archives,
It is ironic that Pendyrus have been commissioned to perform a new work by Gareth Glyn, written and composed by one of Wales leading present day composers. Gareth has dedicated it to Pendyrus and indeed to the history of Rhondda.

This is not the first occasion that Pendyrus have been involved with the story of Y Ffynhonnau, The photograph Below from 2003 was taken on Penrhys mountain in May of that year when Pendyrus provided the music for the film of the same name.

Y Ffynhonnau
This was a film shot entirely in the Rhondda, and particularly around the village of Penrhys. It was the story of Rhydwen Williams, author and poet, and indeed his poem Y Ffynhonnau (The Fountains). He was born in Pentre and educated at Pentre Grammar School before moving on to Swansea and Bangor University. Rhydwen won the crown at the National
Eistedddfods in Mountain Ash 1946 and Swansea in 1964. He wrote many novels including one on the Merthyr Riots of 1831, which was dramatised by the BBC, a new novel on the Senghenydd mining disaster and Mabon’s Day., Mabon is the bardic name of William
Abraham, the first ever Member of Parliament for Rhondda elected in 1885. He was awarded an honorary MA for his contribution to literature. Pendyrus played a significant part in this film, not only background music but also on vision. The film was made by Green Bay Media, and had its premiere at the Parc & Dare Theatre, Treorchy, in May 2003.

NB Pendyrus Male Choir can be viewed around 1 hour and 35 minutes into the Grand Spectacle.

Pendyrus Choir awarded Cyril Jones Honorary Membership of the Choir at a recent concert in Maerdy Community School.
This award is in recognition of decades of support for the choir.
Once a member of the choir in the late ‘50’s and 60’s, Cyril remembers winning the Cardigan Semi-National Eisteddfod in 1959.
Due to work and health reasons, unfortunately Cyril had to give up singing with the choir but his support has never wavered. He has been the driving force behind the Annual Gala Concerts in Tylorstown, the biggest cultural event to be held annually in the Rhondda Valley. He has managed to bring world-renowned soloists like Lesley Garrett, Katherine Jenkins, Gwawr Edwards, Jon Owen Jones, Paul Potts, Rebecca Evans, Shân Cothi and Rhys Meirion to perform at this event. In addition to this, he and his team have acquired sponsorship and donations amounting to £1000’s for lighting , sound equipment and staging. This has come from generous grants and sponsorship from companies like Costain, Vattenfall, RCT Homes and the National Lottery.
Cyril has great communication and interpersonal skills and has used these to ensure that the future of the Gala Concert is here for many years to come. The choir is very grateful to Cyril for his efforts and there is undoubtedly no one more worthy of this award of Honorary Membership.
Congratulations Cyril and diolch yn fawr.
Pendyrus Male Choir