How it all Began

Conditions in the mining valley of Rhondda in the nineteen twenties were difficult and depressing, and pay and conditions for those employed in the industry were poor. The families of the miners also suffered badly from having their men folk, the only bread winners in that era, being out of work either from strike action fighting for better working conditions, and of course better pay, which did not reflect the appalling and dangerous conditions of the mine they worked in. There were also the frequent lockouts by mine owners, because the men would not agree to the wages being offered.

The struggles endured by the inhabitants of the miners’ cottages, built in long terraces on the hills along the steep sided valley, would be hard to imagine in these modern days although most of these homes still exist and have been transformed into comfortable, and much sought after premises. In 1920 they were overcrowded with no inside toilets or bathrooms, and the only running water was from a cold tap outside the back door. Men-folk returning from a day’s work in the mine, covered in coal dust, would have a boiler on the coal fire waiting with the hot water, and a tin bath tub in front of the fire, the only way to cleanse themselves of the grime carried home on their bodies and clothes. These were the days before pit head baths that in later years provided miners with lockers to store their clean cloths when going on shift, and leave their dirty ones at the mine. Entertainment was perhaps a poor quality film at the local workmen’s hall, or a sing along at the local public house. There was also the village carnivals, and of course the jazz bands made up of adults and children, playing homemade kazoos, who marched and paraded to the beet of a drum. But perhaps the biggest influence on choral singing stemmed from the many chapels and churches in Rhondda, through their Gymanfa Ganu, (singing festivals) cantatas, and oratorio that came out of the then flourishing places of worship. Overshadowed by poverty and mass unemployment, and nowhere more so than in the South Wales Coalfield, this was the background that brought together two out-of work miners living in the pit village of Tylorstown, Ben Jones, and Emlyn Drew, together they decided to take advantage of their enforced leisure, and came up with a plan to form a male choir, other valleys had choir’s, so why not Rhondda Fach? (The smaller of the two world famous mining valleys). They contacted friends and former work-mates, and within weeks enough men had shown interest to make the idea a reality. They approached a local baker, an amateur musician with conducting experience, and he accepted their invitation to conduct a new male voice choir. The inaugural meeting was arranged for May 24th 1924, and the venue to be the Miners Federation hut which overlooked the colliery. Long before Alfred Tylor (after whom Tylorstown was named) sank his coal shafts in 1872, the valley was uninhabited except for a scattering of hill farms. Two of these, of which only a few stones remain, were called Pendyrus Uchaf and Pendyrus Isaf (“uchaf = higher; isaf = lower”) and he named the colliery Pendyrus (later to be changed to Ferndale number 6 & 7). The name appears to be an amalgamation of two words – “Pen”, which perhaps in this context means a rocky ridge of land, and “dyrus” adjective which refers to a wild and rough land which cannot easily be cultivated. On the evening of the first meeting of the new choir, the men were distracted by a fire which gutted the Colliery Power Station across the valley. As they watched the blaze, they noticed a railway signal-box, too, was named “Pendyris” (an alternative spelling), and deciding that this was more historical, more romantic, and more Welsh than Tylorstown, they adopted it for the new choir. “Pendyrus” is now accepted by the Post Office as the Welsh alternative name of Tylorstown. The name can now be found on two streets in the locality, and one in Cardiff, and indeed on homes of choristers past and present, and believe it or not, of a street in Delta, Pennsylvania U.S.A. (Renamed in honour of the choir’s American tour of 1989). 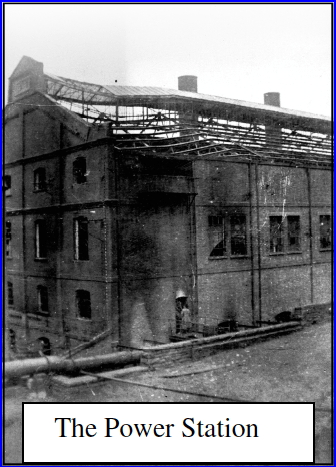 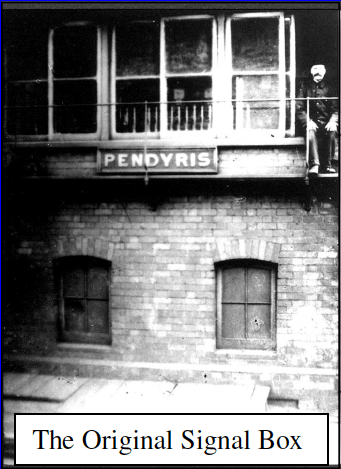